How to Reignite Libya’s Economy post-conflict

As an interim government prepares to take the reigns of a country in crisis there is hope for a democratic and peaceful transition of power in Libya. In the decade following the overthrow of Colonel Muammar Gaddafi’s government the political situation in Libya went from bad to worse. For years governance of the country has been at the centre of the conflict between the Tripoli-based Government of National Accord (GNA) led by Fayez al-Sarraj and the eastern Libyan National Army (LNA) headed by General Khalifa Haftar. As the civil war intensified it plunged the country’s economy into turmoil.

Home to Africa’s largest oilfields Libya’s economy is heavily dependent on oil revenues; however, continued conflict has significantly disrupted foreign trade and paralysed the Libyan economy resulting in a reduction in oil exports and derived products. Between 2000 and 2010 oil revenues made up two thirds of total government revenue in Libya. The conflict has significantly limited government revenues and spending due to a drop-in economic activity and the State’s incapacity to extract and refine oil. Imports have also decreased, mainly due to a contraction in the construction and building sectors, and a decline in consumer spending amongst expatriate workers and nationals. Many foreign workers returned to their home countries when violence erupted reducing consumption.

International observers forecast economic growth recovery after the fallout from the oil blockade eases, security improves and a more unified and effective government starts to take shape. Studies on post-conflict countries demonstrate that external peacekeeping and robust economic growth have proven to be more critical than political reforms in preventing a return to conflict . In addressing political and institutional reforms, policy makers and the donor community should consider that the economic reactivation shall go beyond oil resources management and focus on economic diversification.

The new administration provides promise for positive political and economic development for Libya. Alongside international donor support these five priority actions can re-establish Libya’s financial footing and reactivate its economy. 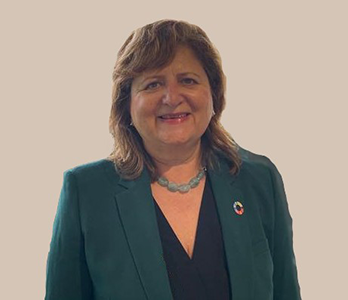 Director for Africa, the Caribbean, Pacific
All Posts