GDSI’s Eastern Partnership Civil Society Facility – Regional Actions project has come to an end. The project began in 2017 and has since embarked on a remarkable journey of success and achievement in a constantly evolving context.  Funded by the EU, its aims were to support civil society in its quest for better polices and reforms in the region.

Bringing together thousands of beneficiaries and stakeholders the team organised hackathons, delivered tailor made webinars and online courses and established digital tools for citizens in Armenia, Azerbaijan, Belarus, Georgia, Moldova and Ukraine.

Join the conversation! Share your thoughts and insights on Civil Society below: 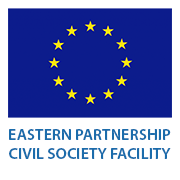