by Valeria Volkogonova, Local Correspondent from Belarus and Alexandra Savinich (Office for European Expertise and Communications).

Non-formal education is something not spoken about at Belarusian schools; however, there are some NGOs, which are busy building young boys and girls’ personal capacities and promoting their participation. The Youth Education Centre Fialta NGO became one of them back in 1995. Quite a few generations of people who keep on influencing positive changes in Belarus have gotten through it.

The Fialta may serve as an example to make us understand what equality and the direct participation are and where democracy could lead us.

In the early 1990s NGOs as we know them now saw their registrations peaking. The Youth Education Centre Fialta was among the very first ones.

A student group started out to visit a German-based organisation to see how they handled engaging the youth there. They saw for the first time ever what non-formal education was and how one could work through personal capacity building, conscious decision-making, and experience-based learning.

When the students came back to Minsk, a decision was taken that there was a need for founding their own youth organisation in Belarus. The documents were submitted in late 1994 and the Fialta was registered as soon as in February 1995. Vladimir was among its founders. He worked for some time as Fialta’s director and then as the organisation’s chairperson. While the young people were busy with the educational programmes to engage youth, I got into the institutional issues: how to develop non-government organisations. In fact, Fialta had formed its two operational vectors: non-formal education and civil society sector development.

The Fialta NGO became the first entity to practice strategic planning and to talk to others about it, whereas the approach developed by the Fialta has always been a scientifically well-founded one.

“At those times, we all used to be daydreamers; but still displayed a professional attitude to setting up our organisation, – says Vladimir. That being said, no one treated Fialta then as their work”, but rather as a mission. We have always done our best to maintain democratic traditions, such as inclusive decision-making, equal right to vote or weekly (although less frequent with passing time) reflections.

It was an uphill struggle, but this allowed the organization to avoid its dependence on a single person. That means that we have successfully coped up with the founder syndrome to elect new bosses every two years.

To be true to life, quite a few Belarusian organizations have had a self-perpetuating leader. Besides, whatever frameworks are invented to contain the founder’s influence, they almost never work. Based on our experience, – and the Fialta has been in action for as many as 25 years now, – the staff turnover is a must. It does not matter what kind of leader one is, whether a good or bad one, but two years of managing things is always enough. Sitting in one chair for more than 4 years is, basically, a disgrace and a way to stagnation.

Oh, yes, we did have all kinds of leaders: someone had a desire to usurp just everything, while somebody else wanted to use the organization for foreign travel purposes. The Fialta was shaken many a time and oft, but it somehow managed to get by.

I am proud that the Fialta is being constantly replenished with fresh blood. People are coming, although for a short while, yet they get pollinated with our spirit and values to become further valuable human resources for the society who are guided by societal transformations and progress.

Yuliya Stankevich, got into the Fialta in 2000 by chance. She had gone to a camp arranged by the Belarusian Association of UNESCO Clubs, where she had made friends with some girls, who had introduced her to the Fialta.

It all started with my first five-day non-formal education training. It was rather fashionable then to arrange many day-long training, since it provided more opportunities to master a topic, – remembers Yuliya. Today she is a non-formal education trainer, EaP CSF Fellow,  and is included in the Council of Europe Youth Department trainer pool. – As a matter of fact, the event has upended my ideas about learning. This is how my volunteer activity with the Fialta began: I used to help during events or conduct workshops for school students.

The joy of communication is limitless.

The Fialta has a a slogan: the joy of communication is limitless. I do believe it is the best phrase to describe my condition then and even now. The youth organization has enriched considerably my communication experience with simplistic, clear-cut and beneficial interactions. Besides, I have benefited from direct participation, since, in practical terms, right from the beginning we have taken a pro-active decision-making stance.

Today, we, the civil society sector people, speak very little about the democratic management, but it was exactly the Fialta, which was among the very few to preserve this treasure. The youth organization has always been run by young folks.

My volunteering at this time was not a low-skilled job. We used to arrange events or address any issues all by ourselves – a very true youth participation. On the other hand, it was a good trainer school. Many prominent trainers, whom we know now in the civil society, have their roots originating in the Fialta.

As a matter of fact, the organisation has determined and set my existential and professional course. It is there that I have learned everything I can do and teach. Belarus has a robust trainer school to boast of, where the Fialta as an organisation has a crucial role to play.

One day Anna Aheyeva got a message from her friend inviting her to attend an educational event on her courtyard clean-up. Anya filled a request and was enrolled in a Fialta programme, where she met Yuliya Stankevich for the first time.

The first thing we discussed at the training was the voluntary principle, which means that without any passive aggression we were told that we had a choice. If we did not like the training, we could simply leave, – remembers Anys, a trainer and a youth activist. At school or at university we used to a different kind of language.

One more thing stunned me: a possible display of our own initiatives or activities. There was an event, when we were left alone, in kind of waiting for an important person to teach us. Ten and then twenty minutes passed, but no one turned up. Half an hour later, not sooner, I made up my mind to approach a trainer to ask, why there was nobody coming for such a long time. And I heard an answer: “At last you show any interest.” After that I was handed over an assignment envelope.

On the one hand, they were doing their best to demonstrate that we should not wait for somebody else’s initiative, when we can exercise it ourselves. Yet, on the other hand, non-formal education is not trainer-centric, but has always trainees in the focus. It underlines the responsibility of those aspiring to learn and it is an informal education principle.

After a training session in town we came back to our office to see blankets on the floor and burning candles around. The very first thing to come to my mind was if things in general can be done in this way. The whole programme was a revelation for me, because at school we were not allowed to do such things, – smiles Anya. – What else took me aback was the fact that when coming to the Fialta place, no one could get who the boss was. Because, in essence, the boss is the one who comes out with an idea – you just  take the responsibility and go on with doing what has to be done.

Anya was inspired so much by her Fialta engagement, that right from the start she proposed making a theatre. They hold loosening-up master classes and concerts. Later Anya attended international trainings and shared her newly gained competencies in Belarus. Well, and in 2017 she became a Chair of the Youth Centre Fialta’ Board.

I was surprised to be elected. At the same time, I felt pleased to be trusted. Quite honestly, I don’t know any other organisation to re-elect its board on an annual basis and where young people are in charge. In Fialta they avoid situations when a person is let to cling to power because he or she knows everything. The other way around: the Fialta would enable to learn those who cannot do many things.

Saharok learned about the Fialta in 2016 through her volunteering work. Back in those times she had a vague idea about activism or civic initiatives.

In the beginning, the Fialta raised so many questions… When teenagers could only afford to whoop it up in shopping malls, the Fialta became a place to come to with an idea and to implement it or just to take part in other people’s initiatives.

And when Saharok learned more about the organization, almost immediately she created her own initiative within the Fialta framework.

For quite a long time, I was not involved in the organization’s internal operations but devoted more efforts to the initiative jointly with my colleague. We appreciated its values, told just everyone around about the Fialta, shared the same space. And then the Fialta had to move from its office it had rented for 15 years.

At a certain moment in time, Saharok was on the Fialta board. Today, she is energetically engaged in the Youth Centre transformation. The COVID-19 pandemic has not left us unscarred: for the first time ever in 25 years the Fialta had to give up its office at all and establish a partnership with an event space that provides its rooms.

The pandemic was not the only reason to make us abandon an office – it was just one of the reasons. The other two, in my opinion, were that within four years we had to move three times, which is an extremely resource-extensive business; besides, there were some months when we simply had no money to pay the rent.

The organization is going through some really challenging times, indeed. Today, I have a feeling that what we lack is a close-knit team. Just everything is held together in one piece thanks to the energy of a few self-starters. That’s why we have made up our minds to submit a project proposal for the Fialta’s capacity building. We hope that we can successfully pass through this stage and leave it behind. 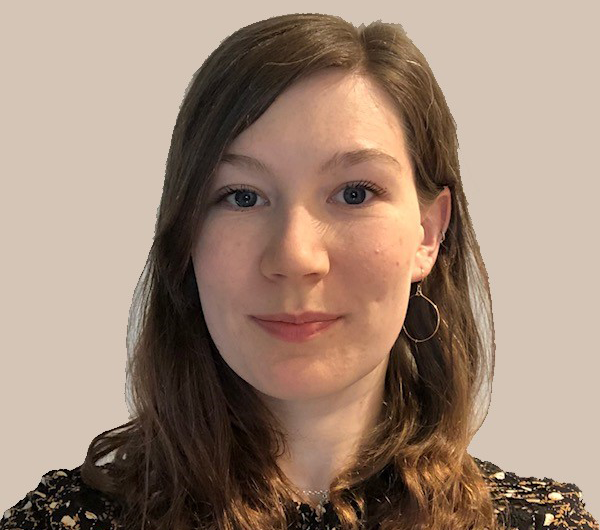